5 football personalities who came out as LGBT

Football has always been quite a “manly” sport, and even till a few years back, there was no place for anyone who did not fit into the stereotype of cisgender straight male. But like everywhere else, the scenario is changing here as well.

With France lifting the prestigious World Cup on Sunday evening and the world gushing over the likes of Mbappe and Modric and their heroics in this tournament, here are some other names who are no less of a hero – in their own story as well as in the beautiful game of football itself.

Jaiyah Saelua is a hard-as-nails international footballer from a not so well known football-playing nation of the world. The 25 year old centre-back from American Samoa islands, an U.S territory in the Pacific Ocean, was born as Jonny and always had a love for the game of football.

From being sent to home from university trial for being transgender to becoming one of the first international transgender football players, accepted in her team with all her long locks and red nails – Saelua’s journey has been quite a roller coaster. She also became the first trans-woman to participate in a men’s FIFA World Cup qualifier.

Hannah Mouncey of Australia became the first transgender woman to be included in a women’s football team. In February, 2018, she was officially allowed by AFL to be a part of the state team of Victoria.

Before coming out as transgender in 2015, she had represented her country in handball for the men’s team over 22 times. Time will tell whether Hannah will make her way into the national women’s team or not.

Thomas Hitzlsperger of Germany became the most high profile player in men’s football to come out as gay in 2014, and also the first Premier League footballer to do so. Although the former Aston Villa, Everton and West Ham mid-fielder did not make it public till after he was retired, it was still a big deal for the LGBTQ community because till date there is no openly gay, bi or transgender person playing in the big league of football. 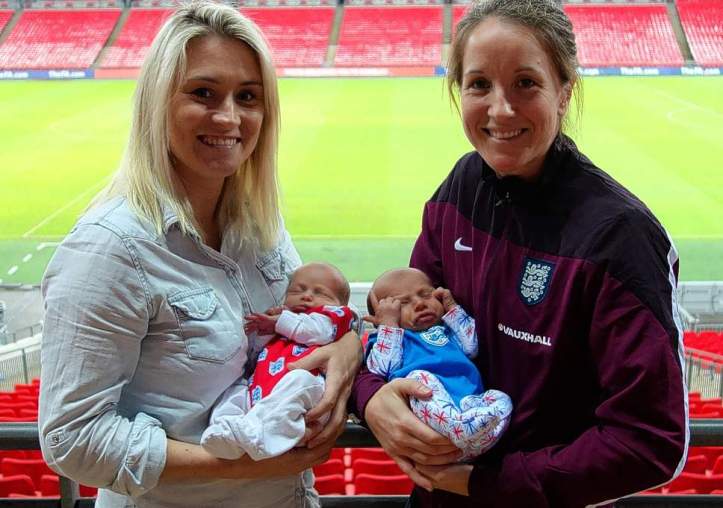 English defender and former captain Casey Stoney became one of the most high-profile active international footballers when she came out as lesbian in 2014. In an interview, she admitted to have known about her sexuality for a long time but did not think the world was ready to hear it.

But finally she did go ahead with it, and shortly afterwards she had twins with a former team mate from Lincoln Ladies Club, Megan Harris. The 36 year old has recently been announced the leader of the newly formed women’s team of Manchester United.

Robbie Rogers became the second international footballer to come out as gay in 2012 after Justin Fashanu did the same in the 90’s. But Rogers’ story ended on a much happier note than Fashanu’s, who committed suicide in 1998 after being accused of raping a 16 year old boy.

Rogers had retired from active football after the announcement, but made his way back to professional football for a while to play for LA Galaxy. He is now happily married since 2017 with TV personality Greg Berlanti, creator of hit shows based on DC comics – Arrow and The Flash. The handsome couple has a son together, named Caleb.