When you look at the major cities of India, many of them now have their own pride parade. In 2018, Chennai celebrated their 10th pride parade, while cities like Jamshedpur and Lucknow held their first and second pride respectively. This goes on to show that the voices raised by a handful of people all those years ago in the bigger cities like Chennai, Mumbai, Kolkata and Delhi, are now being taken forward by the LGBTQ+ community and the allies in several parts of India. 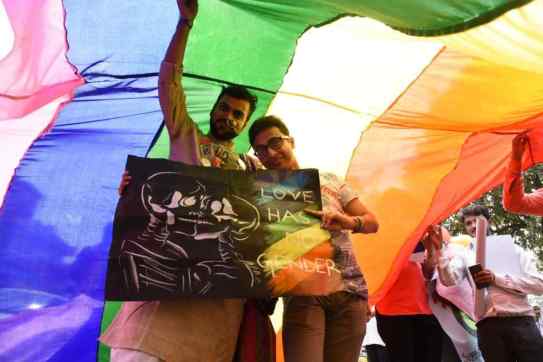 Source: Tanmoy Bhaduri via The Quint

That is quite a silver lining, to be honest.

But that hardly shows the full picture of what goes on behind the scenes, behind the big rainbow flags and colourful posters and smiling faces that we get to see in the parades. Over there, the gays, lesbians, bisexual and transgender people and all others along the rainbow spectrum are in a comparatively safer place, with like-minded people. But the situation is not always so.

Coming out of the closet

We have given quite a mouthful of a name to the process where one announces to their close friends and family who they truly are. But the real thing is so much more difficult, especially in India. If you follow enough LGBT websites and blog pages, you will find many stories about how the people who were supposed to be there for the said individual are the ones who turned against them, questioned them, mocked them, disowned them and even made them go through certain irrational “treatments” so that they could stop being who they are.

But it does not work like that. It never has.

And getting this sort of reaction from the people we consider the closest inevitably leaves scars that run deeper than we can imagine. The abandonment, rejection, bullying, harassment, discrimination, denial of rights and violence – they can easily push a person into depression and self-harming tendencies, and even suicide. After students and farmers, LGBT youth has the highest rate of suicides in India.

What could be the problems?

There are simply too many cases to mention in one place. But in most of the cases, there is this vicious loop that does not seem to get any better with time.

Understanding your own sexuality is difficult for anyone during adolescence, even the cisgender heterosexual people. Now imagine growing up seeing only two genders and one form of sexuality everywhere – on television, in books, in real life. And whatever little might be there, is tainted as “wrong” or “unnatural”.

How scary and lonely that feeling would be?

And to top it all, mental health itself is still a taboo in India. So the LGBTQ+ people not only have to deal with the non-acceptance, discrimination and mockery in every step, but seeking help for their depression, anxiety or any other form of mental health problem also becomes a Herculean task.

And then there is the pressure from family to get their “ways straight”, to get married following the norm, to dress “properly”, to behave like a “man/woman” and the list goes on. What could have been heard and understood with a bit of compassion, empathy and knowledge turns into heartless acts of cruelty.

As a result, the brain of the person can easily become a nesting ground for all types of mental health issues. Clinical depression is the most common form, which on many occasions come with suicidal or self-harm tendencies. Regular harassment and mockery in peer circles can lead to Social Anxiety Disorder and Dissociative Disorder. In many cases, it has been observed that if the family abandons or disowns them, or shames them constantly, or scares them of consequences – it has led to Borderline Personality Disorder.

All of these often come with mild to sever anxiety, which gives rise to Anxiety Disorder or Panic Disorder. From short spells of anxiety or panic attacks to long hours – the duration of the symptoms vary from person to person, and also from time to time. These two disorders have similar symptoms, but have slight differences in theory. They exist separately without any of the other issues triggering them.

In case of a particularly traumatic incident of harassment, no matter how big or small, there is always a chance of developing PTSD – Post-Traumatic Stress Disorder or in many cases, Bipolar Disorder. Substance abuse is also a leading problem. 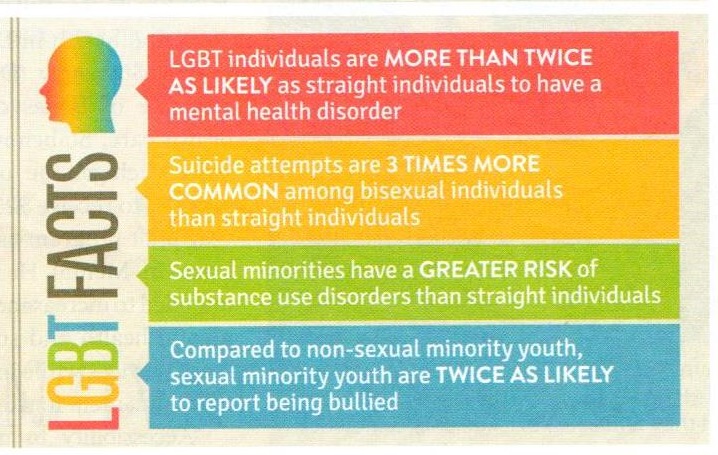 This is just a brief summary of the possible issues one might have because of the wrongs society does to LGBT people. A professional therapist or psychiatrist will be able to analyse any symptom better and have the right medical solution. It is necessary to remember that there is nothing shameful or derogatory in seeing a mental health specialist. It is as normal as seeing a physician when one catches cold.

As said before, kindness, understanding and compassion goes a long way when someone is confiding in you about something so sensitive. A little bit of emotional support or simply being there is a lot when it comes to mental disorders.

It’s hard to seek out professional help in India for psychological problems anyway. People judge you, call you crazy. They give you tags like ‘difficult’, ‘dramatic’, ‘overreacting’. It’s much, much harder when someone’s issues stem from being gay or transgender.

Therapy obviously helps. The right therapist should ideally be able to help the person come in terms with their own gender and sexuality, stand up for themselves and not live with any burden of shame, guilt or offence that the society (and as of yet, our constitution) associates with being LGBT, and also deal with the mental health issues. Therapy can help the family of the person to better understand the concept as well.

This is a simple guide to reach out to anyone who you think is suffering and need help. Remember, that it is hard for those in distress to always ask for help.

Situations differ from person to person. While someone has friends and family who accepts them as who they are, someone else has a family understanding enough to go to a professional therapist, while some others have families which disown them.

But there are helping hands available in many major cities of India who are doing great work to assist the LGBT community. They offer safe refuge, access to healthcare, counselling sessions with expert professionals and other aids. NAZ Foundation of Delhi, Humsafar Trust of Mumbai, Sappho for Equality in Kolkata and Swabhava Trust in the South Indian states are some of them. 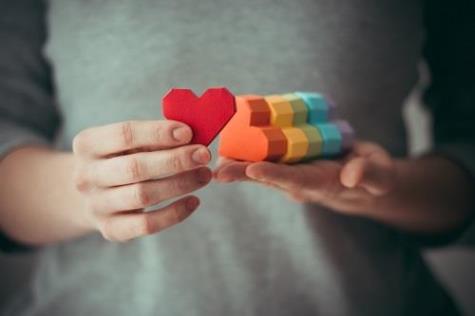 Indian judiciary is yet to come to a decision about Section 377 and the hearing is on-going as of July, 2018. From reversing the decision of decriminalizing homosexual act in 2013 by calling them a “miniscule minority” to affirmation of the Right to Privacy with one’s sexual orientation in 2017, the road was long and bumpy. The whole nation (or rather the community and their allies) are hoping Supreme Court will once again do the rightful this time.

Recently, in light of the Supreme Court hearing, Indian Psychiatric Society brought out a notice circular officially declaring that being gay/ lesbian or bisexual is not a mental problem and they fully support the legalisation of homosexuality.

But the question remains, will it be enough for the society?