Hindu mythologies and epics are some of the most complex pieces of literature that exist in this genre. Whether you believe in the tales or consider them folklores, one thing is undeniable. They represent, to a large extent, certain aspects of the world’s socio-cultural-political backcloth that have remained constant over the years.

Within this category, along with many other metaphysical concepts, lie the ideas and of homosexuality and transgender existence as well. Hindu mythology has constantly displayed elements of gender-fluidity, intersexuality, homo-eroticism and many other identities that do not fall under the typical gender or sexual expression.

There is a Bengali proverb ‘Ja nei Bharatey, ta nei Bharatey’ which translates to, ‘whatever is not there in Mahabharat, does not exist in India’. And in Mahabharata itself, one can find multiple characters and storylines with LGBT themes.

The actual gender of Shikhandi is anybody’s guess, because all the mentions and inclusions of LGBT variances are either in the form of subtle hints or come with a subtext of sacred ritual than a choice.  However, there is no doubt that Shikhandi is one of the brightest examples of LGBT reference in Mahabharata. After being abducted by Bhishma and rejected by him in marriage, Princess Amba took her life and swore to take her revenge as a man. She is later born to King Drupada and named Shikhandini, but is raised as a son by her father upon divine intervention.

Some stories say that she turned into a man before the War of Kurukshetra by doing penance and austerities, and some say she swapped it with a Yaksha. Nevertheless, the role she played in helping the Pandavas defeat Bhishman is undeniable. Shikhandi is one of those rare characters whose is not only accepted as an intersex warrior, but it is the gender ambiguity that makes Shikhandi so very significant.

Upon rejecting Urvashi’s advances, Arjuna got cursed by her to turn into a transgender. But Krishna assured him that this curse would turn out to be a boon, and as per his words, it helped Arjuna stay in disguise of the dance teacher Brihannala during their last one year of exile. He taught dance and music to the daughter of King Virat, Uttara and her friends in the form of Brihannala, yet another famous LGBT appearance in the great epic.

Mohini – the female Avatar of Vishnu

Gender fluidity and variance is a recurring theme in Indian Hindu mythology and it is only fitting that the Preserver of the Creation, Lord Vishnu himself would have a part to play in it. He often transformed into his only female avatar Mohini to save the world, and two instances are quite well-known.

As per the stories, Vishnu initially took the form of the enchantress to distract the asuras or demons from Amrita, the elixir of life. But at a later time, Lord Shiva is attracted to this feminine form of Vishnu and their union gives birth to Lord Ayappa. Although puritanists mostly deny it, there are many experts and writers who opine that this is a not-so-subtle nod towards gender fluidity as well as bisexuality, as Lord Shiva is known to have the power of having every bit of knowledge.

Aravan – the deity of the transgender community

The son of Arjun and Naga princess Ulupi, Aravan had agreed to sacrifice his life and offer it to Goddess Kali, so that she would bless the Pandavas with victory. As a last request, he wished to know love before dying and not leave his mortal body unmarried. Since there were no women in the battlefield to marry him, Krishna had transformed into Mohini and kept his request by marrying him.

Aravan is fondly revered by the transgender community down south. In Koovagam, Tamil Nadu, there is an 18-day festival every year, where the village trans-women dress up as his wives and re-enact the marriage and the sacrifice, and then mourn for his death.

With Parvati being the Progenitor of the cosmos and Shiva being the Destroyer, their consortship is the absolute truth considered by the mythology. And while Shiva is the embodiment of masculinity and Parvati for femininity, the integration of their physical and spiritual selves is an androgynous composite, known as Ardhanarishwara – a manifestation where the male and female coexists in one.

A similar union happens between Vishnu and his consort Laxmi, which we know as Laxmi-Narayan.

There are many other such references scattered around the mythological stories of Hinduism. Agni, who is married to Goddess Swaha, is also seen as a consort to Moon God Soma. The lords of water, Varun and Mitra are portrayed as icons of male love, friendship and companionship, and they even have two sons, Rishi Agastya and Rishi Vashisht with the help of Apsara Urvashi, which in modern terms can be considered surrogacy. King Bhagirath, the one responsible for leading Ganga down to earth from the roped tresses of Lord Shiva, is said to be born to two queens – the widows of King Dilipa.

One of the leading voices in regard to this is mythological fictionist Devdutt Pattanaik. Known for his work on contemporary interpretations of ancient Hindu texts and scriptures, Pattanaik has always been very vocal about the Indian LGBTQ+ movement and he came out as gay to one of the leading news channels a couple of weeks after the historic judgement by Supreme Court. He said that he always knew it, and that it was not a big deal. 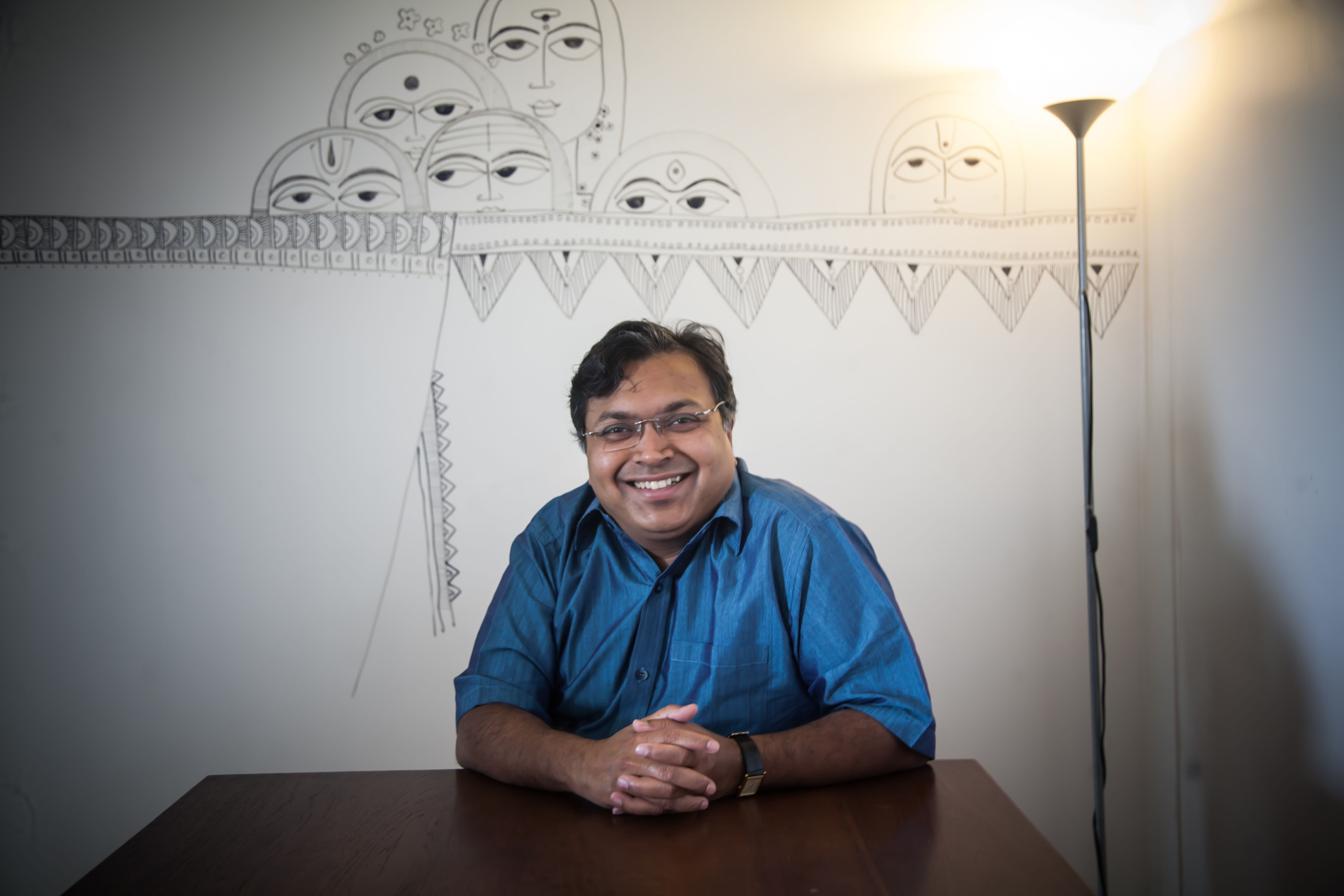 Staying true to his socio-political belief and his own identity, Pattanaik has always said that the traditional stories and myths are often more accepting towards the LGBT community and have treated them with respect and inclusivity than the ones of today. His take on the issue can be read in further details in his book Shikhandi: And Other Queer Tales They Don’t Tell You.

On the surface, many things that are happening in the myths might seem much exaggerated or even supernatural and perhaps most of it the creator’s figment of imagination. But if you dig deep into the characters, their deeds and the entire narratives, they often reveal themselves to be something more – metaphors of very real, very true existences hidden in plain sight.